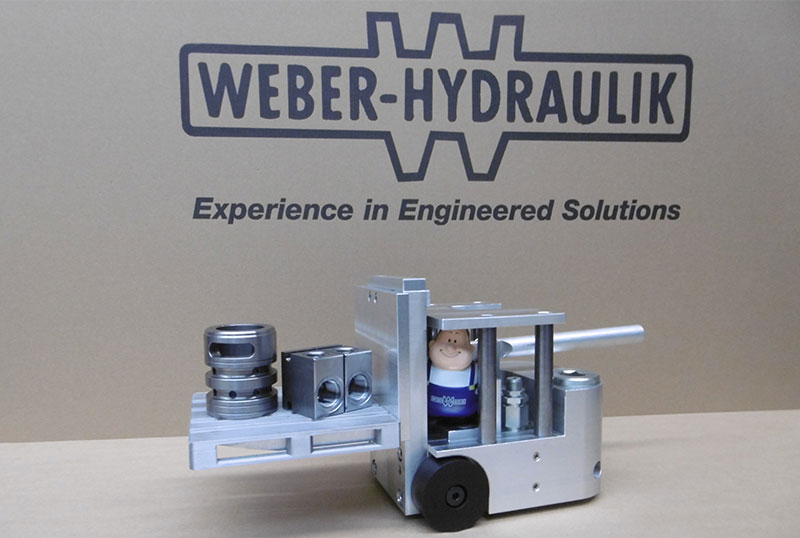 This year, a trainee project was carried out at our Wörth an der Isar site. The aim was to practically implement a model of a forklift truck, including the function of being able to raise and lower the fork via a manual process. All industrial and commercial trainees from all apprenticeship years were involved. The project was to be implemented in the period from September to December with a budget of €500. To this end, the apprentices had the opportunity to work every Friday on various tasks such as planning, drawing and implementing the project.

Beforehand, they were informed about the general conditions and handed over the responsibility for the project. Full of energy, the key points were immediately discussed and the tasks distributed. While the commercial trainees took responsibility for all accounting procedures and the preparation of presentations, the industrial trainees divided up the tasks of drawing up the drawings and the individual production steps. They then began with the implementation. On the following Fridays, the basic block and various small parts were produced, the necessary purchased parts were ordered and assembled, and various problems that arose during implementation were solved. The progress of the project was regularly presented to the site management.

“I am very proud of our trainees for completing the project on time and on budget. In addition to promoting teamwork skills, they were also able to demonstrate their coordination and organizational talents. Due to the smooth running and the good result, we will again carry out a trainee project in 2022,” says Stefan Moser, Site Manager Wörth an der Isar.